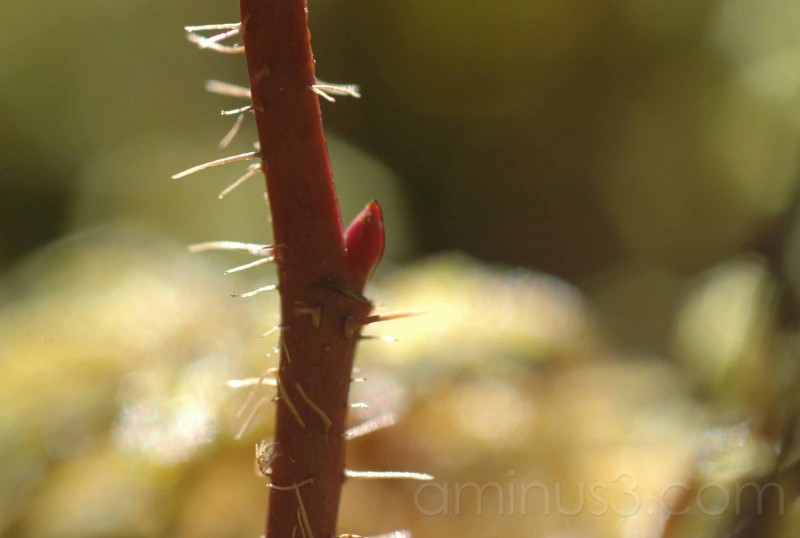 Previous Next
← previous day next day →

Rose Bud... no not Orson Welles

Yes, I was ground level for this little gem. The stem of this wild rose bush was about 3 - 4 inches high so the bud is actually about the size of a couple pin heads.... honest! Once again the gorillapod did it's job. No fancy foot work in ps.. just a little cropping.

You can view my gallery of images and calendars for sale at: cute but stupid .

All work is copyrighted and not to be used for anything without my written approval. Please respect my, and all other members of Am3's, rights.

I appreciate all visits and comments and thank you always... ;-)

I'm getting jealous of your new lens and your gorillapod :)
lovely photo!

@Art Monkey: Hey Art! It is a most marvelous lens... the learning curve is a little steeper than I thought, tho'.. and thanks! ;-)

This is a little soft. I think it could be sharper.

Since I have the same lens I've learned some of its quirks, the focus is very finicky. Did you manual focus this? It looks like the shutter speed was adequate, so I'm not sure why it is soft. With macro I always use a remote or cable release, or the timer, sometimes mirror lock-up as well.

@Laurie: Yep, I manual focused and I was focusing on the bud itself only. I was using the gorillapod to hold the camera in place going up slope. I think what happened was that I moved that small iota... again. But tell me what you mean by mirror lock-up? As a cable release is not possible with the camera and haven't decided on a remote as yet... but am angling towards one.

Haha.... u really are going all the way out to tempt me more and more with your macros hehehe.... Another cool macro, love that little bud there - a symbol of new life. :)

@Rahul: Rahul!! Wait 'til tomorrow's post! Thanks for seeing my symbol of new life!!!

I like the backlighting on this shot a lot. All Laurie's suggestions are good. Another little trick is to use a three shot burst mode when capturing (I'm not familiar with your camera). The second and third shots usually eliminate the trigger movement. Just a thought. :0)

@Craiger: What a great idea!! Never thought of that.. Thanks Craiger ;-) ... and yes I like the backlighting on this as well... that's why I posted this one.

Nice shot! I agree with Laurie it would be better if it was sharper. But, its a nice shot nonetheless.

@Stunner: Thanks for softening that Stunner! but you're right about the sharpness. Really appreciate the criticism ;-)

Mirror lock up is useful because if eliminates the possibility of camera shake when the mirror has to move up when the shutter is triggered. One less thing to shake the camera. I don't know about the D70, but I think it should have it since you need it to clean the sensor too. It may be buried in the settings menu though. On the D200 it is the mode dial on top of the camera so it's easy to get to.

Since you don't have the remote, then I suggest using the timer which will also work to eliminate the possibility of camera shake from pressing the shutter release. Gorilla pods are great but they don't seem stable enough to use without the timer or the remote when shooting macro, at least that's my observation. It also depends on which Gorilla Pod you have. Some are rated to 6.6 lbs.

I hope this helps.

@Laurie: Thanks! It certainly gives me somewhere to start from.. and every little bit helps!! ;-)